Gass Forest Museum is located in the campus of Forest College on Cowley Brown road in Coimbatore. The museum building is over 100 years old. The museum is in close proximity (3.5 kms) to the railway station. This museum is run by the Government of Tamil Nadu. 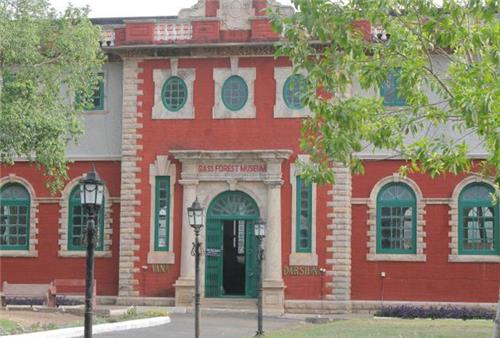 During the 19th century, J.A.Gamble who was the Conservator of the Forests in the Madras province wanted to start a museum for forestry. But due to various reasons he could not do so. Later on the museum was established by Horace Arichibald Gass in the year 1902. Gass at that time was the Conservator of the Forests. He started the museum to show the various aspects of forestry with comprehensive collection.

To begin with, Gass started the collection for museum in one room of his office building. Later on the verandah and some other rooms were included as part of the museum. Today, the building where the museum exists was built in the year 1915. The building was built in typical British Gothic style with red stones. One can see that the ventilation is spread throughout the hall. That is the beauty of this style of construction. The iron pillars used in the hall were specifically imported from the Great Britain. The building can withstand a perpendicular seismic impact because it draws its strength from the folding in all the four corners.

The museum was open for public on 15th April 1902. It was inaugurated by the Governor of Madras, Baron Ampthill. During the 2nd world war, the museum was closed and turned into a rescue center for the evacuees of Malta and Greece. 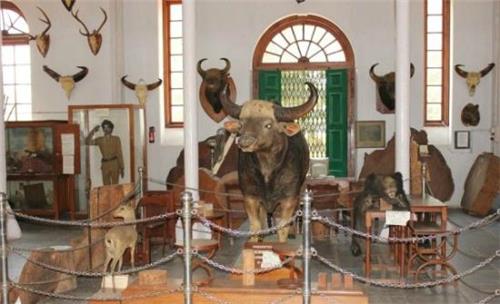 The museum includes exhibits of wildlife, insects, butterflies, wooden crafts, cultural artifacts and some of the arms used in the ancient period.  The cultural artifacts include tribal arnaments and ornaments, timber produce, forest engineering models and entomological specimen. In total the museum hosts 10,000 different types of artifacts. People like to see the stuffed animals and reptiles that look very much alive. A stuffed wild Bison along with a sloth and a deer stand at the entrance of the museum. Apart from this one can see the stuffed animals like peacock, leopard, bramhini kite and others. One of the great attractions of this museum is the preserved baby elephant’s fetus, stuffed baby elephant and skeleton of the elephant. For 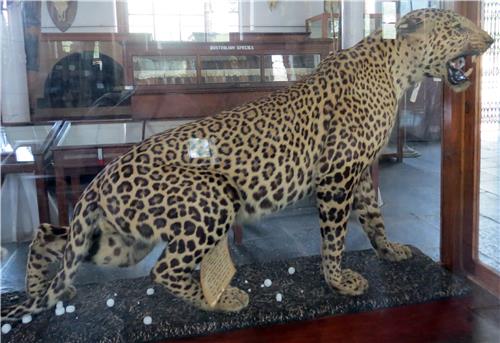 those who love to explore nature, this museum is a great break. The geology section of the museum has sample exhibits from 135 countries. The artifacts are regularly polished and the formalin is changed regularly to maintain the moisture. The seeds, fungi and soil collection in the museum are changed monthly. In December 2013 the museum was closed for 2 months for renovation.

Apart from the museum, the campus also hoses other offices of the Tamil Nadu Forest Department along with Central Academy for State Forest Service, TNFA-Tamil Nadu Forest Academy and IFGTB.